On the occasion of European Day of Languages, the Vice Dean for International Cooperation of the Faculty of Croatian Studies Professor Sanja Vulić has issued a statement.

This year, on 26 September, we celebrate the 20th anniversary of the founding of the European Day of Languages. The incentive for this day came from the Council of Europe in cooperation with the European Commission.

Besides promoting the learning of different languages, which is extremely important in the modern world of mobility, the European Day of languages is also a good opportunity to encourage the preservation of the Croatian language as one of the legal and legitimate European languages – a fact that often goes unnoticed. It is also of utmost importance that people from different linguistic backgrounds, especially intellectuals, can successfully communicate with each other in the well-known European languages, be it English, German, French or Spanish. Understanding each other is obviously the best way to achieve successful cooperation for the benefit of all mankind. However, it is extremely important to preserve small national languages in this ocean of great languages. They may not have a large number of speakers. Furthermore, they are important players in the world’s heritage, contributing to the diversity and uniqueness of linguistic culture around the globe.

Today, when there is a lack of appreciation for the linguistic culture and cultural richness of ‘small languages’, European Day of Languages reminds us that the proper and successful use of the mother tongue is of paramount importance for every human being.

By knowing the mother tongue and its aspects and uniqueness, we develop the overall intellectual potential of the human being.

We live in a world where children are exposed to foreign languages at an early age. Under these circumstances, the mother tongue can only be preserved if it is systematically cultivated in the family and society. In Croatia, other languages were also spoken in the past centuries, but these languages are mostly not the same as those spoken in our environment today. Not so long ago, Latin was the official language in a large part of Croatia, and among the other languages used, German, Hungarian or Italian dominated. Today, the English language has taken over this role. The change of dominant foreign languages at the European level has become evident throughout history, but in this process, our own mother tongue is of the highest value (a value that cannot be subjected to this dynamic). It is this language that we must systematically nurture and promote.

Today’s electronic media provide us with easier access to the written word than at any time in history. In addition to education (which is now accessible to everyone), this offers the opportunity to promote the Croatian language in particular. However, especially in the electronic media, one comes across texts every day in which the orthographic, grammatical and lexical solutions of the standard Croatian language are not respected. Moreover, these are usually the most visited and popular websites. In the face of this pronounced erosion of the standard Croatian language, it is extremely important to give our language the attention it deserves, because after all, the mother tongue was, is and will always be a fundamental feature of national identity - including Croatian. Therefore, it would be good if the teaching of Croatian became a compulsory subject, not only in primary or secondary schools, but also in Croatian universities. All other ways of promoting the value of the mother tongue are also more than welcome.

This Year of Reading is a good opportunity to strengthen the habit of reading Croatian literary works. By reading valuable literary works, individuals keep enriching their language and realize how important it is to form complete sentences in this time of impoverishment and reduction of linguistic communication to short verbal and even figurative messages. This process can be described as a gradual return to the pre-literacy era. That is something we should be worried about.

This kind of communication is often seen as very economical, especially in the era of quick solutions in which we live in. Besides, like the so-called ‘fast food’, which is poor in nutrients and has proven to be extremely harmful to human physical health, the impoverishment of linguistic communication (justified by the ‘fast’ way of life) undoubtedly leads to a gradual spiritual and intellectual pauperization. On the other hand, the replacement of one’s mother tongue by foreign languages inevitably leads to the loss of national identity. The pursuit of the best possible knowledge of foreign languages, which is undoubtedly very necessary and important, must not be an excuse for neglecting one’s mother tongue. 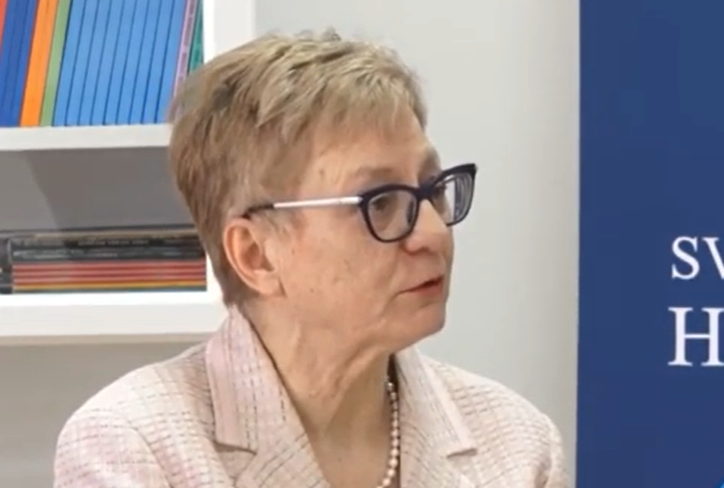