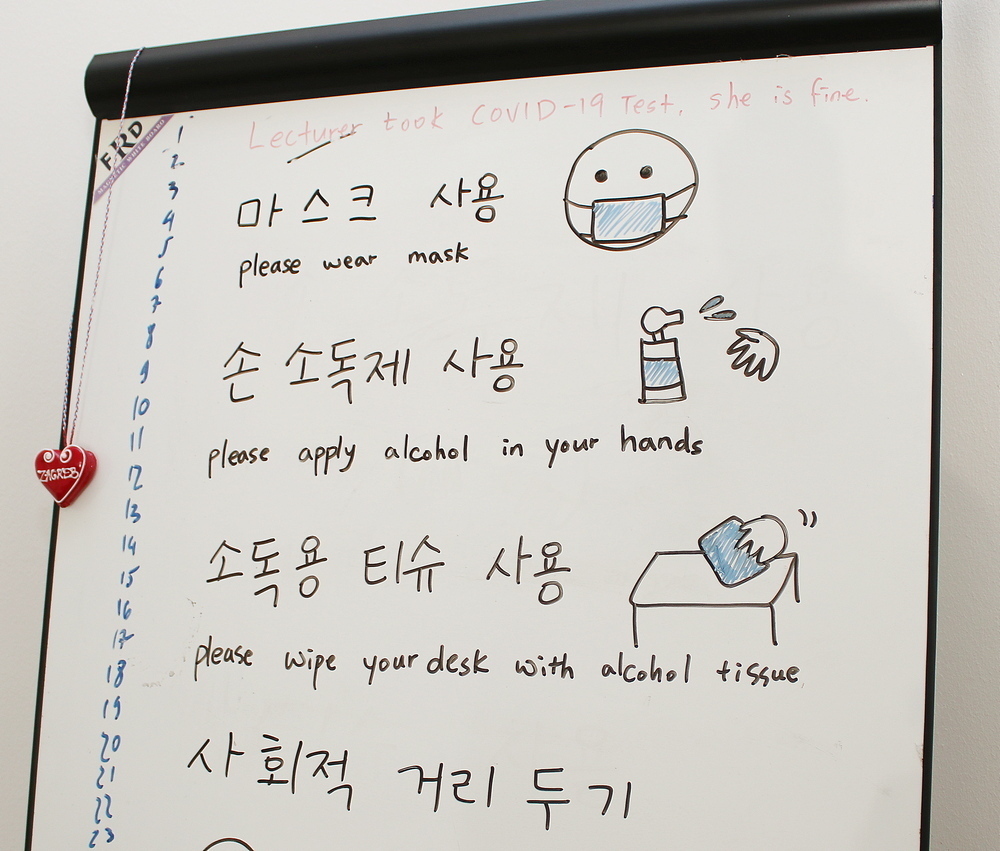 The program is organized by the Faculty of Croatian Studies, University of Zagreb in cooperation with Chung-Ang University in Seoul and the King Sejong Institute Foundation in Seoul. The course is led by lecturer EunGyeong Kim from Seoul, and administrative support is provided by Lina Seonghyun Kwon, a graduate student in croatology.

The first course lasts until December 28, 2020, and will take place in three groups having four school hours per week: Mondays and Wednesdays from 10:30 a.m. to noon, Tuesdays and Thursdays from 5:00 p.m. to 6:30 p.m., and Wednesdays and Fridays from 5:00 p.m. to 6:30 p.m. Upon completion of the course, participants will receive a certificate from the King Sejong Institute, which can be used as a proof of Korean language proficiency when applying for a residence visa of Korea.